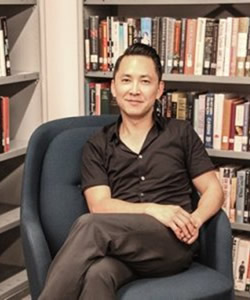 Viet Thanh Nguyen (July 2018) is the Aerol Arnold Chair of English and Professor of English, American Studies and Ethnicity, and Comparative Literature at the University of Southern California. Nguyen’s debut novel The Sympathizer was published in 2015 and won the 2016 Pulitzer Prize for Fiction, as well as the Center for Fiction First Novel Prize and the Carnegie Medal for Excellence in Fiction from the American Library Association. He is also the author of a collection of short stories in 2017 entitled The Refugees as well as a work of non-fiction Nothing Ever Dies: Vietnam and the Memory of War in 2016.

In addition to teaching and writing, Nguyen also serves as culture critic-at-large for The Los Angeles Times and is co-director of the Diasporic Vietnamese Artists Network (DVAN) which stages film and literary festivals and events that center around the voices of Vietnamese in the diaspora.

The de Groot Foundation is a 501(C)(3) nonprofit grant making foundation located in the United States that supports innovation, education and culture.